There’s an idea that’s been gaining ground in the public discourse lately: Everyone should learn to code. Over the last few years, you might have asked yourself at least once, “What’s with all the hype about getting kids into coding?”. Disclaimer: It’s not just hype!

Bill Gates, Mark Zuckerberg, Steve Jobs, and even Barack Obama have all publicly stated that coding is a must have the skill for future generations. But you may ask why? If one learns to code, how exactly will it benefit them? Should one learn just because they are being told it’s an important skill?

So many people dismiss coding because they have no intention of becoming a software developer or work in any such particular related field. Would you tell someone they don’t need to learn to write unless they plan on becoming a writer? We learn to read and write because it opens up a world of opportunity and learning to code is no different.

Whether a child or an adult or whether one has a professional interest or are looking for a new hobby, this blog will tell exactly why learning to code should be one’s ultimate goal!

While it might be difficult to imagine a young mind learning something so that’s all new and seemingly complex, it’s definitely an attainable reality. On the most basic level, coding is how we communicate with computers, and what we use to build and run websites, apps, video games, and more. Learning to code is like learning how to speak and write in a particular language; a computer’s language.

A lot of people don’t really understand what coding is. But people who learn how to code are able to apply it beyond their computers. Coding forces one to collaborate with other people and solve problems in an effectively and productively. Even if one hasn’t coded ever before, there are several reasons why they should consider learning to code.

There are a lot of acronyms and esoteric terms in the world of coding: HTML, CSS, Java, PHP, etc. It can be overwhelming, but we will get there when we get there. Choosing the best coding language is the next big step. For now, let’s look at why one should learn to code.

It’s not being said anymore that – “coding is cool, so go do it,” end of story. Instead, what’s true is coding is, in fact, cool but you should actually make your kids get to learn to code because they’ll be rewarded as a result in the future.

In other words, there are jobs, lots of them—and jobs that pay very well.

What makes this even better is that it’s not just the jobs or the coolness, either. But also the creativity, problem-solving, collaboration, communication, and other skills ripe for improvement as byproducts of anyone learning to code.

There’s a reason this perk is number one – because it’s the dream.

We know what you’re thinking – this sounds too good to be true. But coding is one of the few industries where less work and more money adds up due to the current demand.  It’s an extremely lucrative industry and one that is facing a huge skills shortage, which means there are great opportunities for those looking to get into it.

Studies show that an additional 800,000 workers with digital skills will be needed to meet the rising demand over the next five-year period – and that’s only in Europe.

With junior developer roles starting at £25,000 and progressing to £65,000+ as a senior developer, you’ll never feel undervalued. So you’ve got some reasons why. Now, where do you send your kid to learn to code? One great way is to learn from experts! Now, where shall you meet the experts? Get in touch with good agencies like, Debuggers Studio, who have people with the right skills and experience too in this field and they not also just offer courses on learning to code from very scratch but also many other courses that will help your child along and provide the insights and build their skills to move further in this line after learning and attaining such skills.

As a coder, your children will have the opportunity to work freelance and with that comes – you guessed it – freedom.

Sure, they’ll still have meetings and deadlines, but they’ll also have the autonomy to decide when and where they will be working from. In coding, getting the work done – to deadlines and thoroughly – is the name of the game.  As long as one can nail that, the particulars are irrelevant.

This means one can work from wherever they like – be it their office room, local coffee shop, or your bed, you decide. Coding can offer a fantastic lifestyle and an opportunity to break out of the constraints of a boring nine to five.

Learning to code will increase one’s odds of securing an opportunistic, promising career, especially in a world where computing jobs are growing at over twice the national average.

Coding has quickly become a vital skill, and Code.org also points out that people who have a sound knowledge on coding, can earn 40% more than the college average in other disciplines. Coding provides a competitive advantage when applying to colleges, internships, and jobs. If your kid possesses a hot skill that many of their peers lack–such as the ability to code–they instantly appear more desirable in the eyes of potential college admissions officers and employers. Plain and simple.

COMPUTERS ARE TAKING OVER THE WORLD

Computers have automated a lot of roles that used to be manual, which causes a problem for people who aren’t digi-literate. Software is the modern language and controls so much of our day-to-day life. Having no clue how any of this works is dangerous, and whilst we’re not claiming that every job in the future will involve CODING – it’s likely that it will become more and more prominent.

The geeks that are laughed at for loving tech at school are onto something. As Bill Gates said: ‘Be nice to nerds. You’ll probably end up working for one.’

When one learns a language, they use it to express themselves. The same is true with code. Coding will empower your child to not only consume digital media and technology but to create it. Instead of simply playing a video game or using an app, they can imagine or work on making their own video game or envision what their own website or app might look like.

When one code, they take complex problems and break them down into smaller parts.

They learn what it’s like to approach a problem the way a software engineer does, with logical, computational thinking.

As Dan Crow, CTO of SongKick explains, “Computational thinking teaches you how to tackle large problems by breaking them down into a sequence of smaller, more manageable problems.”

This logical thinking is a powerful tool in school, work, and life and that skill your children can get to develop gradually upon learning to code.

As a coder – the more curious one is, the better. A great developer is inherently inquisitive and always interested in how a process can be improved. As a result, if your kids start to get to learn to code, they will presumably have a passion for learning that a career in coding will definitely satisfy.

Due to the ever-changing nature of technology, learning to code is a continuous process. If one wants to stay ahead of the game, they need to be committed to change and be able to adapt. If they crave learning new things and love the satisfying feeling when they’ve ticked a task off their list, then they’d make a great coder.

In the end, kids, teens, adults, everyone who want to capitalize on the abundance of computer science jobs in tomorrow’s landscape should be taking programming courses starting from today.

Best of luck. Get your kids to learn to code and build a better and sustainable future & career for themselves. Happy CODING! 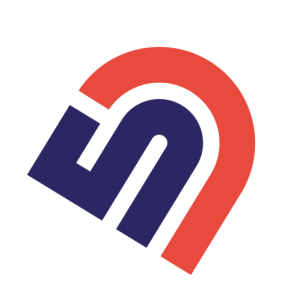 Why everyone using WordPress for redesigning websites?

Why Redesign a Website: The right thing to do for site owners

Reasons To Become A Graphic Designer

1 thought on “Reasons Why Your Kids Should Learn To Code”

Why everyone using WordPress for redesigning websites?

Why Redesign a Website: The right thing to do for site owners

Reasons To Become A Graphic Designer

How to Start an Online E-commerce Business in Bangladesh

Top 5 Skills To Conquer The Digital Era of Bangladesh

Skills To Build While You’re A University Student

How To Start Online News Portal Business In Bangladesh